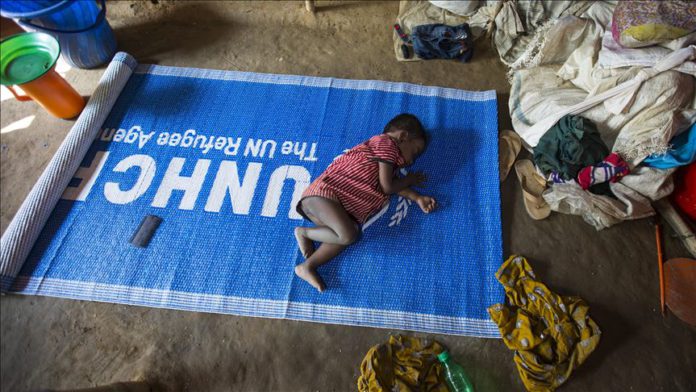 Bangladesh has decided to restore mobile networks and internet services in Rohingya refugee camps to ensure better services amid the coronavirus pandemic, according to official sources.

He said that some days back, they had recommended to the government that digital communications be restored for the 1.2 million Rohingya refugees.

Bangladesh imposed a ban in early September last year on the use of mobile phone SIM cards by Rohingya refugees and authorities confiscated hundreds of SIMs from Rohingya camps following the decision.

The government also ordered the country’s telecommunications regulatory body to shut down internet services in the camps, citing security grounds.

Despite the embargo, some Rohingya have reportedly been using mobile SIM cards secretly, while many others have managed to use SIM cards from Myanmar to maintain communications with their relatives in Rakhine state or other countries.

“It’s more alarming for us that Rohingya are using our SIMs without records along with Myanmar’s SIM,” said Talukder, adding that now Bangladeshi authorities will be able to monitor Rohingya more closely.

“Even very often, we are amid a communications blackout during our duty inside Rohingya camps, and it creates problems to continue services amid this COVID-19 pandemic.”

Regarding the decision as very positive, Talukder said he is expecting that the Home Ministry will immediately direct the Bangladesh Telecommunication Regulatory Commission (BTRC) to restore mobile and internet services at the camps.

He said the government in collaboration with the United Nations has already registered nearly one million Rohingya at the camps, and “on the basis of the records, Rohingya can apply for SIMs.”

“Based on the prevailing reality, we are considering the restoration of mobile networks at Rohingya camps,” the local Samakal newspaper quoted Home Minister Asaduzzaman Khan as saying.

International rights bodies have also been demanding the restoration of communication services in Rohingya camps for the last couple of months, especially after the outbreak of the coronavirus in Bangladesh in early March.

To date, six Rohingya have reportedly died from the virus while 83 have been infected in the cramped camps.

The South Asian country of around 165 million people recorded 42 more deaths Monday, raising the death toll to 3,983, with a total of 297,083 cases, according to the Health Ministry.

Meanwhile, Foreign Minister AK Abdul Momen in a webinar titled “Bangladesh’s Approach Towards Hosting Rohingya” on Monday accused Myanmar of “doing nothing to restore normalcy in Rakhine” state for the peaceful and dignified repatriation of Rohingya.

“With the recent clearance operations by Tatmadaw against the Arakan Army in Rakhine and the election in November, we have actually hit an impasse in terms of the repatriation process,” Momen added.

The minister also assured of the safety of more than 300 Rohingya who had been relocated to a remote islet a few months ago after being rescued at sea.

Alluding to proposals by different quarters on improving amenities and facilities at the camps, he said: “I must clarify here that we would certainly not prefer investments which will directly or indirectly prolong the refugee situation and create greater and newer pull factors for remaining Rohingyas inside Rakhine.”

The Rohingya, described by the UN as the world’s most persecuted people, have faced heightened fears of attack since dozens were killed in communal violence in 2012.

According to Amnesty International, more than 750,000 Rohingya refugees, mostly women and children, fled Myanmar and crossed into Bangladesh after Myanmar forces launched a crackdown on the minority Muslim community in August 2017, pushing the number of persecuted people in Bangladesh above 1.2 million.

Since Aug. 25, 2017, nearly 24,000 Rohingya Muslims have been killed by Myanmar’s state forces, according to a report by the Ontario International Development Agency (OIDA).

More than 34,000 Rohingya were also thrown into fires while over 114,000 others were beaten, said the OIDA report, entitled Forced Migration of Rohingya: The Untold Experience.

As many as 18,000 Rohingya women and girls were raped by Myanmar’s army and police and over 115,000 Rohingya homes burned down, while 113,000 others vandalized, it added.

Copyright 2020 Anadolu Agency. All rights reserved. This material may not be published, broadcast, rewritten, or redistributed.