Daggers disguised as smoking pipes, miniature cameras and escape kits hidden in matchboxes are among a haul of chilling ‘James Bond style’ gadgets used by British secret agents in World War Two that are going up for sale this week.

A host of concealed weapons used by secret service personnel behind enemy lines are set to go up for auction on Friday.

The deadly items include normal-looking smoking pipes, pens and pencils which have daggers inside for close-quarter combat. 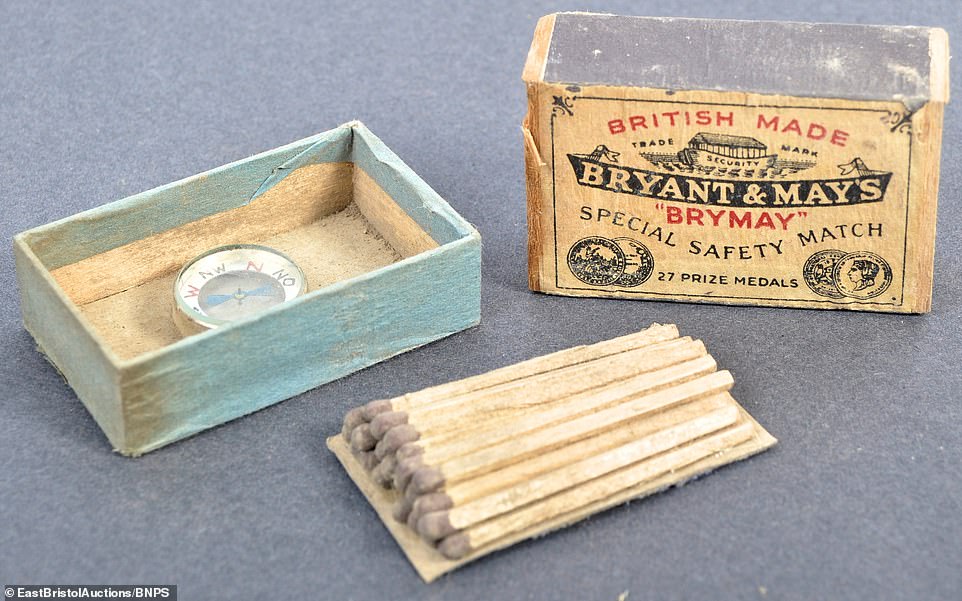 The sale features a message bolt with a secret compartment, and several miniature cameras which were used to gather intelligence.

The items would have been used by secret agents dropped into Nazi-occupied Europe to gather intelligence, or passed into the hands of those in prisoner of war camps a means of escape.

They were also used to assist resistance fighters battling the Nazis in countries like France.

Later on in the war, the Special Operations Executive deployed agents to south east Asia.

Among the items up for sale is a silk escape map of China, which would have been used on the front. 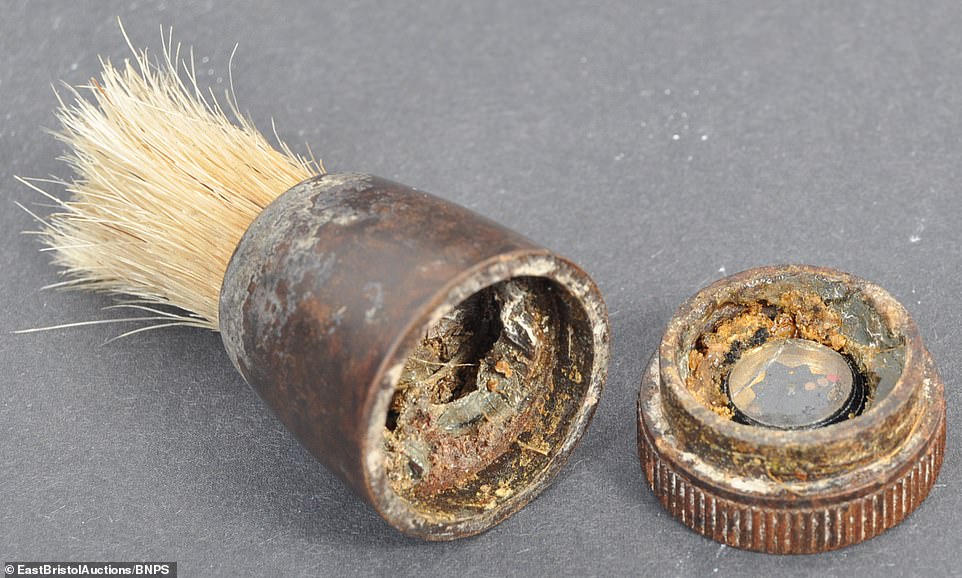 Another way of hiding compasses was to conceal them within in the bottom of a shaving brush, the compass would be small enough to fit inside, but large enough so that an agent could use to navigate an escape route 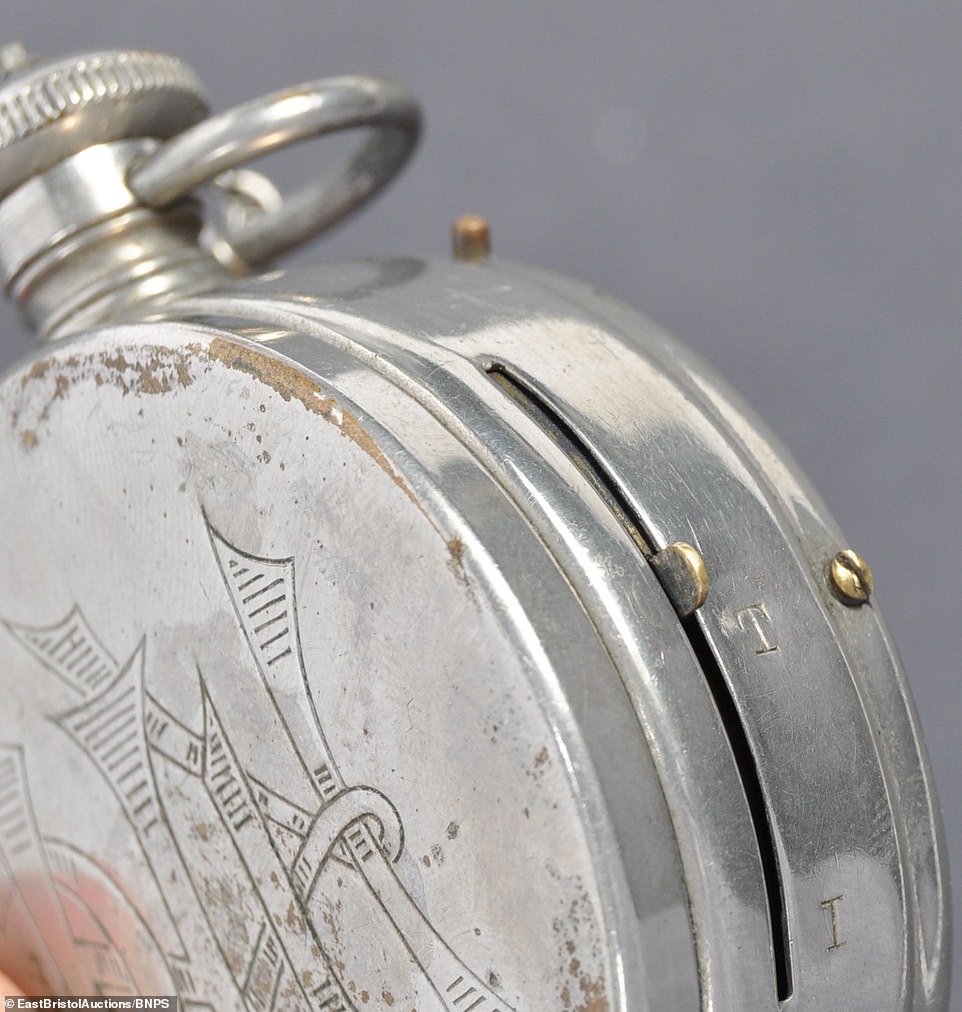 Straight out of a James Bond film, the Ticka Watch Camera appeared as a pocket watch, but was in fact used as a spy camera 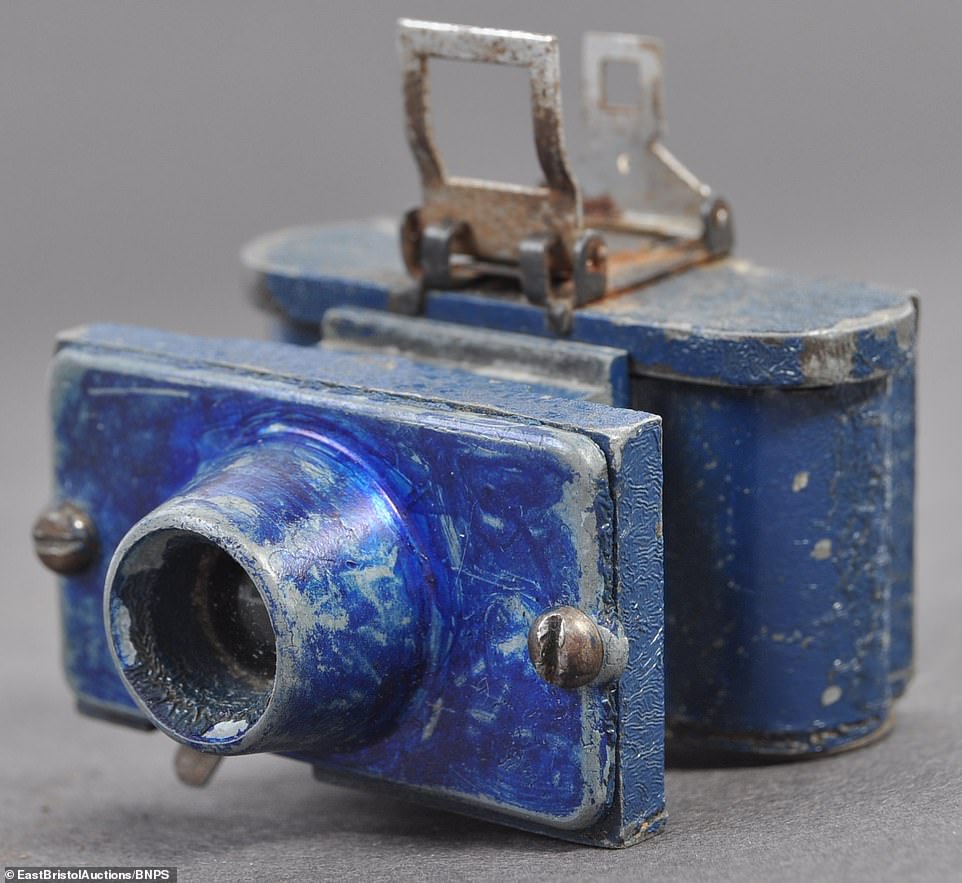 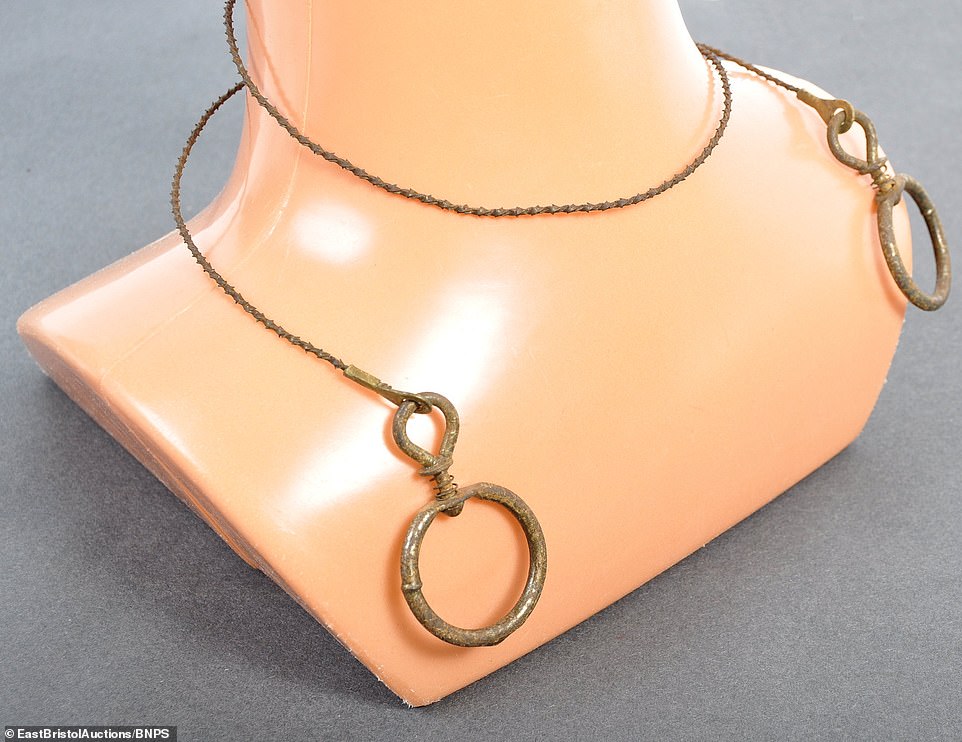 While some chilling weapons were concealed in every day items, this garrote wire served only one purprose – to strangle an enemy, most often from behind, as a silent way means of incapacitating them 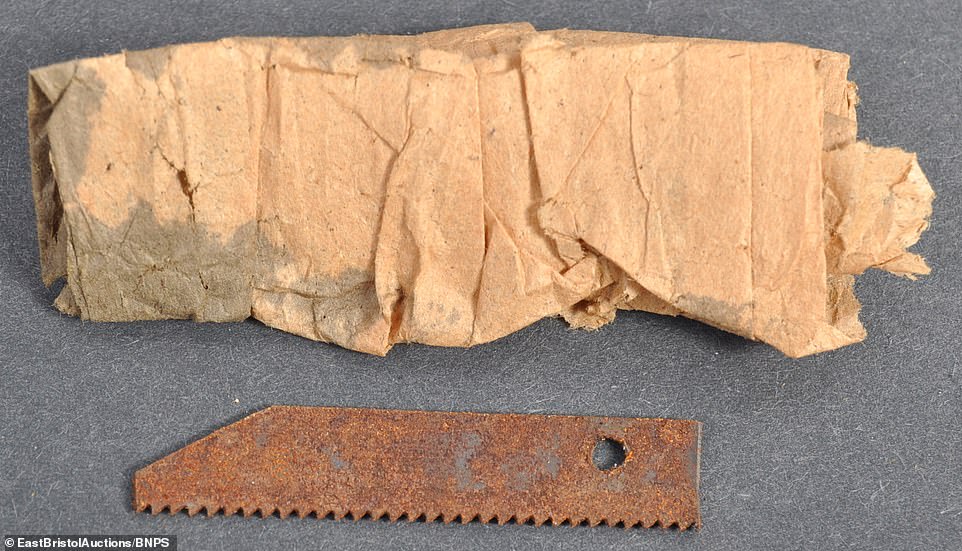 Less subtle but equally effective items going under the hammer are a miniature hacksaw, gorsed garrote wire for choking an unsuspecting guard and an unused reel of trip wire.

The James Bond-style items are being sold in 26 lots by a collector of SOE items who has amassed them over a number of years with East Bristol Auctions.

‘These items were smuggled into prisoner of war camps, or secreted about a person’s uniform with only one intention – to help them escape and evade capture.

‘Perhaps the most interesting item is the smoking pipe which actually contains a hidden dagger.

‘You can just picture the gentleman RAF Officer smoking this in his prison camp, just waiting for the opportunity to arise where he could make good his escape. It’s incredible.

‘Everyone loves little stories of spying and espionage, and these items are a direct link to those very stories.’

The sale takes place on Friday. 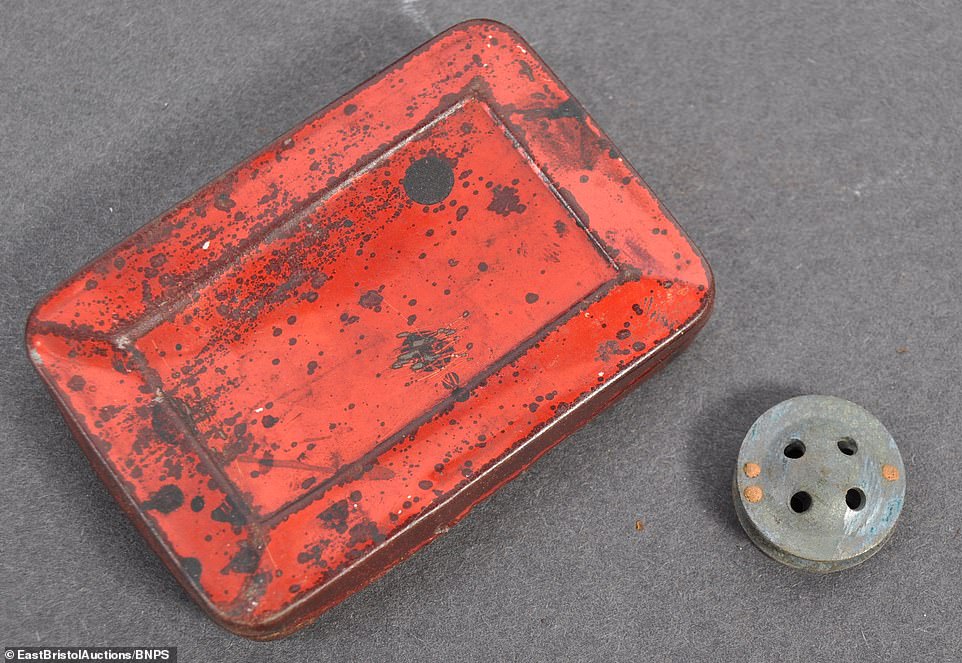 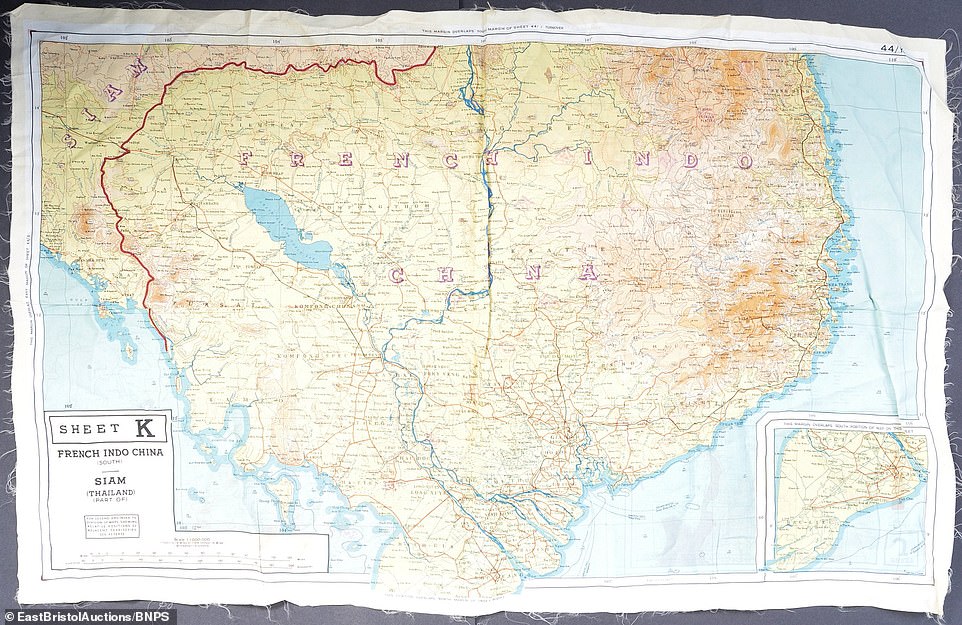 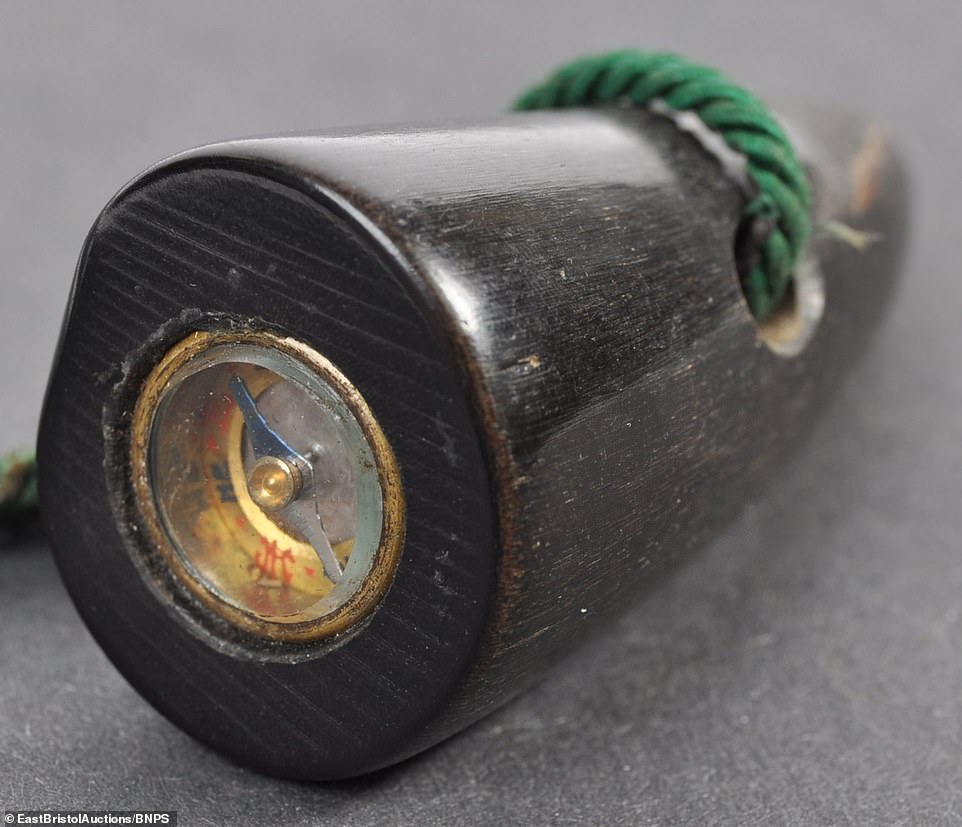 Compasses were hidden in all manner of everyday items to avoid detection, including at the end of a duffle coat button 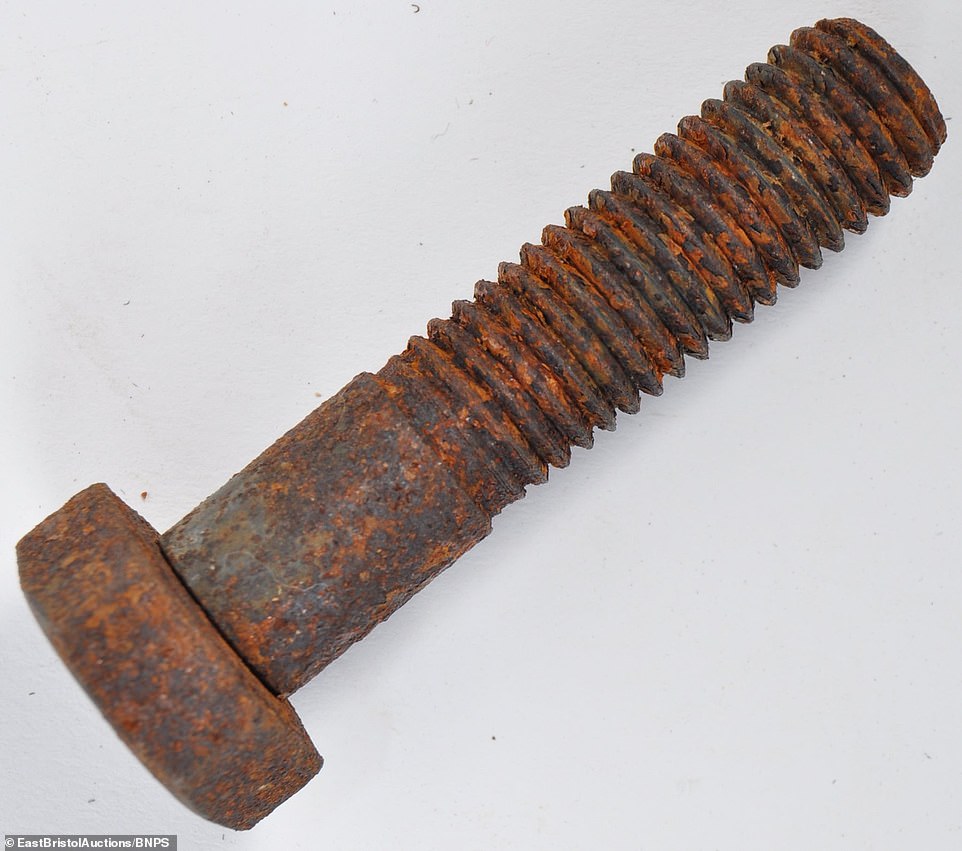 This bolt carries a hidden chamber for carrying secret messages that can be passed discretely and most importantly, without arousing suspicion 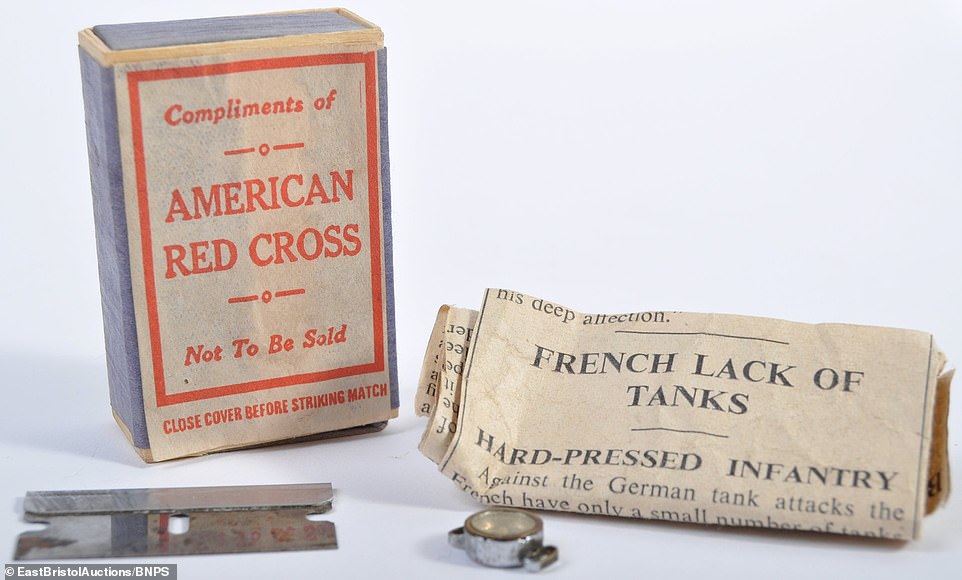 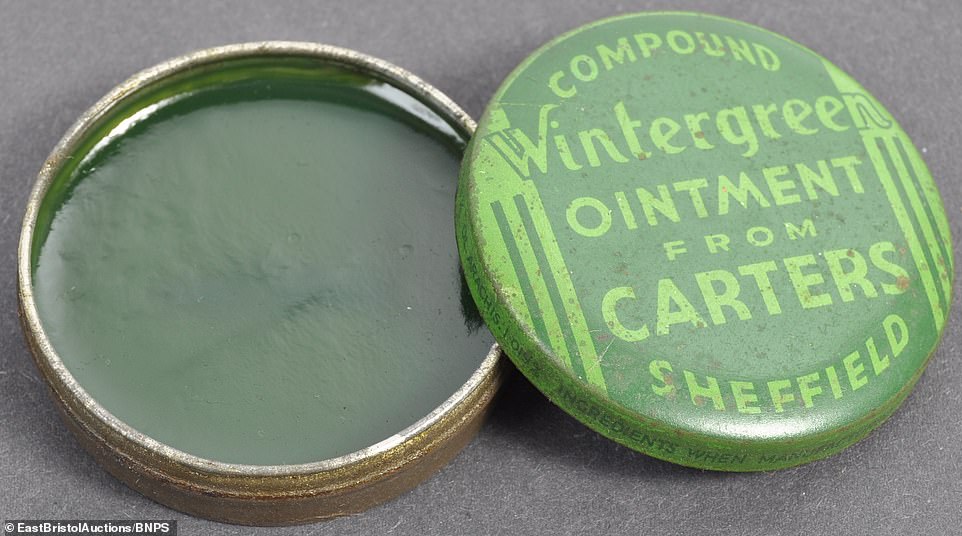 Compasses were hidden in all sorts of every day, non-suspicious items, including a tin of ‘Wintergreen’ ointment, above 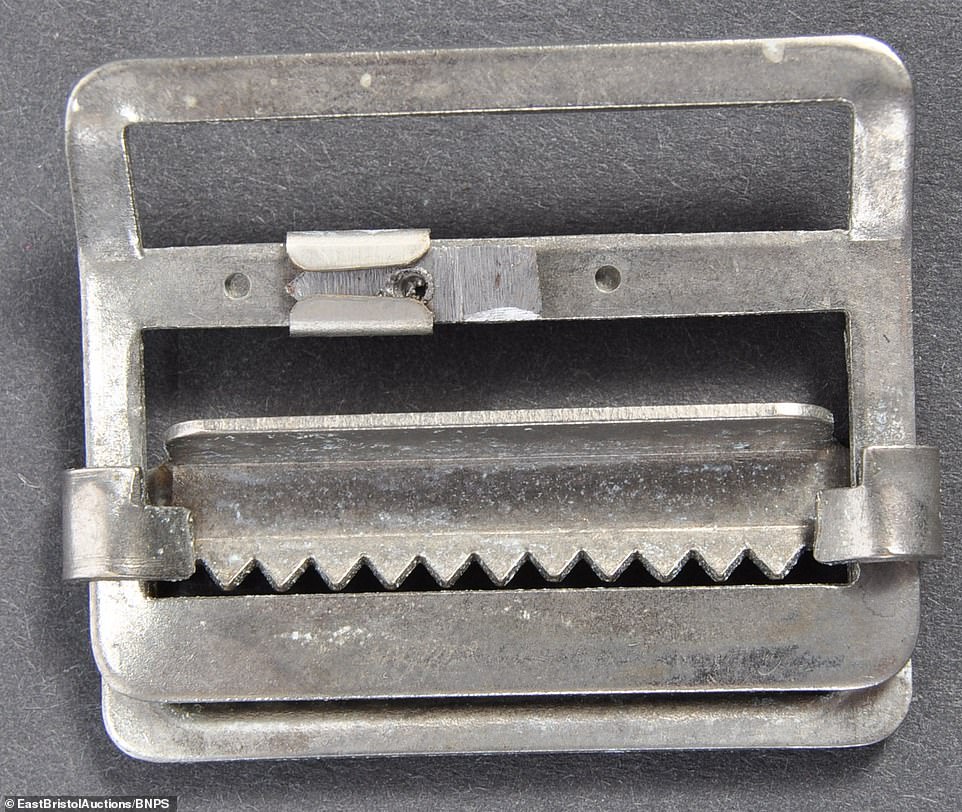 This Royal Air Force belt buckle contained a secret compass, thought to be issued by by the Special Operations Executive, which would drop agents into occupied Europe by parachute to gather intelligence 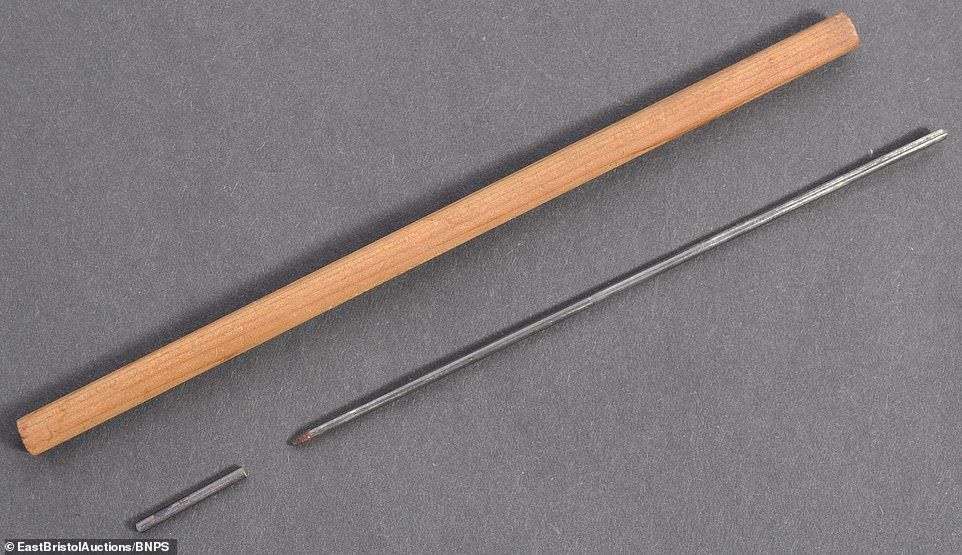 Instead of graphite or lead, this pencil carried a hidden blade, which spies would be ready to use at a moment’s notice to evade capture 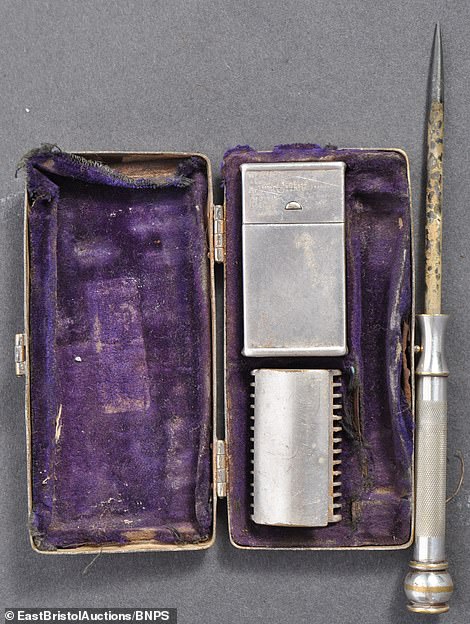 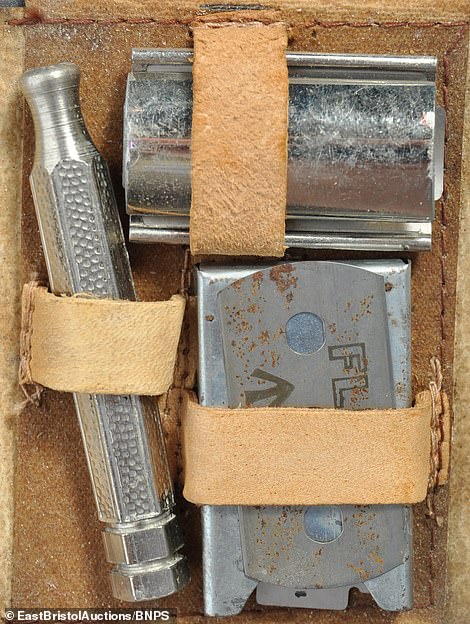 Special Operations Executive-issued razors could be transformed into daggers at a moment’s notice, but would go undetected otherwise 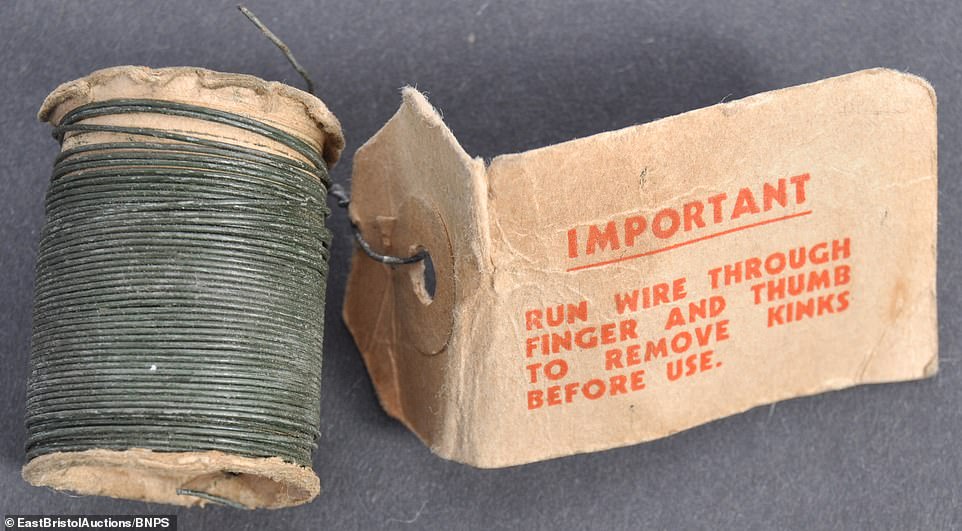 Trip wire, with a guide on how to use it, was handed out to secret agents and used by resistance fighters in occupied Europe and south east Asia, during the Second World War 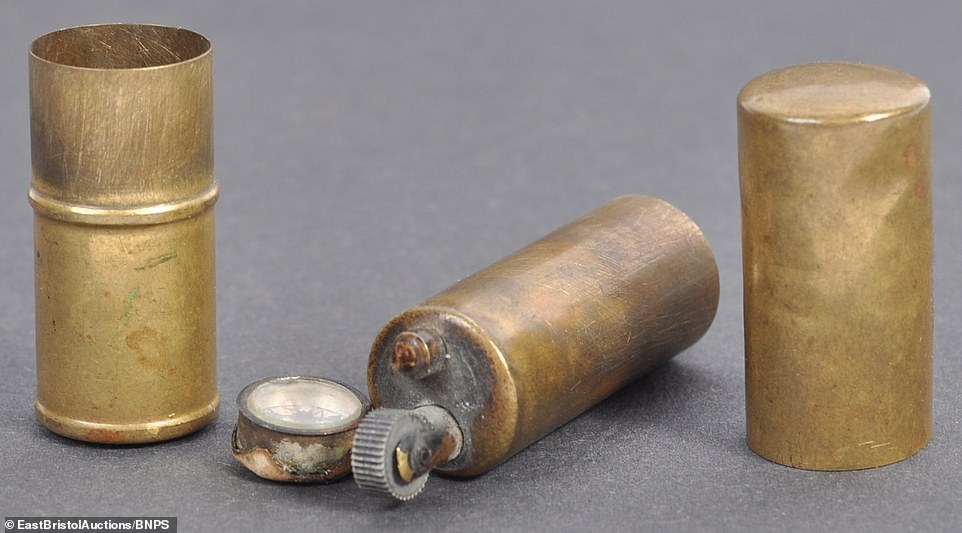 Hiding in plain sight: Cigarette lighters would carry a small compass as a means of escape for anyone carrying it during the war

What did the Secret Operations Executive do and where did it serve?

Most of the sneaky espionage tactics used to outwit Brtiain’s opponents were devised by a division known as the Special Operations Executive (SOE).

Formed on July 22 1940 by Minister of Economic Warfare Hugh Dalton following cabinet approval, the SOE was largely kept top-secret and was also known as The Baker Street Irregulars, because of the location of its London office, and Churchill’s secret army.

The SOE operated in every nation in Europe and south-east Asia that was under the rule of an Axis power.

As well as the quirky inventions it came up with, the unit was also responsible for other key, more conventional items that were commonly used in the war.

One of these was a time pencil, which was a timer that allowed troops to detonate a bomb with a controlled delay to allow them to clear the area – timings typically ranged from 10 minutes to 24 hours.

The SOE commissioned several types of silent pistol, such as the Welrod, which were key for agents trying to keep a low profile.

They also produced two submarines, the Welman and Sleeping Beauty, to place charges on U-boats, but neither were successful.

After the war, the organisation was officially dissolved on 15 January 1946. A memorial to SOE’s agents was unveiled on the Albert Embankment by Lambeth Palace in London in October 2009