Element’s communications infrastructure is underpinned by the Matrix Project – an open source, decentralised communications protocol built in 2014 and maintained by the not-for-profit Matrix Foundation.

According to Element CEO and chief technology officer Matthew Hodgson, Matrix is attempting to become “the communication layer of the open web”.

“It’s basically an ecosystem out there on the great, big, open, wide internet that allows people to exchange messages of whatever flavour,” he said. “Matrix itself is a relatively low-level technology, much like http is for the plain old web, and Element exists as a flagship example of how to use this tech in the real world. Element itself is an app… and it looks and feels a bit like Slack or WhatsApp, but the difference is that it connects through to a Matrix server of your own choice.”

The Matrix network currently has almost 19 million users globally across 45,000 server deployments, and gives them the ability to share a range of end-to-end encrypted information in real time, from instant messaging and voice calls to virtual reality communication environments and internet of things (IoT) data.

Unlike centralised systems, where all users are connected to a central network owner or server that controls the data and access to it, Matrix’s decentralised approach means only devices involved in the conversation can decrypt the data.

The primary difference between Element and other messaging services is therefore that users can connect to servers of their own choice, giving them more control over how their data is stored and shared.

While the conference for industry players such as Slack, Zoom, Voxbone and Jitsi is usually formatted as a residential summit, the onset of Covid-19 meant the organisers had to run 2020’s five-day event virtually instead.

A major challenge for the CommCon team was running the conference, which was held between 13-17 July 2020 and attended by 350 delegates, in a way that recreated the intimate and social nature of previous years.

To do this, CommCon used Matrix as the “rooms” and “hallways” of its usual event so that attendees could speak to one another both during and in-between the 20 scheduled sessions.

According to CommCon organiser Dan Jenkins, using Matrix via Element “just made sense to me… ultimately I didn’t want another siloed Slack organisation – I already have enough logins to Slack. Matrix and Element enables people to move away from that.”

To help run CommCon virtually, the team at Element built a custom Matrix client, which was embedded on their webpage to allow video and chat functions to appear simultaneously.

This is similar to how YouTube Live events provide a chat function for users at the side of videos, except the functionality, as well as the data produced and shared, is completely contained within the selected Matrix servers rather than a central owner.

“We retained full control over communications in CommCon rooms, which was hugely important, and people had control over who they wanted to talk to and those they didn’t. Decentralised wins every day of the week due to the very nature of how messages are delivered and stored,” said Jenkins.

“I wanted to support UK business, too, which is hugely important to CommCon. Element and Matrix enables me to think about the vision of how we can evolve a virtual CommCon if we choose to do it again. A closed system wouldn’t support that in the same way.”

Hodgson added that a week after the conference officially ended, attendees were still communicating through Element and forging new links with one another, “unlike a normal conference, where it comes and goes and everybody splits”.

According to Amadine Le Pape, chief operating officer at Element, the core idea behind the decentralised, ecosystem-building approach is to break away from the “walled garden” model of Silicon Valley offerings, where firms are incentivised to build up a large communications silo and “flip it as quickly as possible” to make profit in the short term.

“It’s much easier to build something in a centralised, proprietary manner. We’ve been building proprietary centralised messaging apps before Matrix and we can say, with the same team, it’s at least six times harder to do it in an open and decentralised manner,” she said.

“On our side we’re trying to build an ecosystem with Matrix – it’s a long term-thing and we think it’s better to have a very big ecosystem, with many companies adding value on top of it [rather] than a multitude of small silos who are just fighting against one another over who is going to be the best in the next few years.”

Hodgson added that the decentralised approach also provides additional security for users, as it prevents all of their data being held in one place that they have very little practical control over.

“If you have a single centralised entity with all of your users on it, if it gets hacked it’s game over for everybody,” he said.

“That’s the core risk – not only are you putting all your eggs in one basket, you’re also handing the data over to another jurisdiction,” said Hodgson. “Whatever country it might happen to be – the US in the case of Twitter or Russia in the case of Telegram – and you are going to be completely beholden to whatever weirdness is happening in that jurisdiction.”

Matrix has also been designed “to be explicitly resilient against us going evil in the future”, he said. “We have our non-profit foundation, which looks after Matrix the protocol, separate from Element the company, our for-profit to keep the lights on.

“We don’t control the foundation,” said Hodgson. “We’re two of the five directors, and we’ve designed the governance so that if we got bought by Microsoft tomorrow, or if the government held our respective families hostage or whatever, the protocol would be protected and there would be no way to leverage it.”

Going forward, Le Pape said a major area of focus would be further distributing the network to make it completely peer-to-peer, “as a way to give complete control over communications”, which would turn the Matrix servers into an “accessory” for simply backing up content. 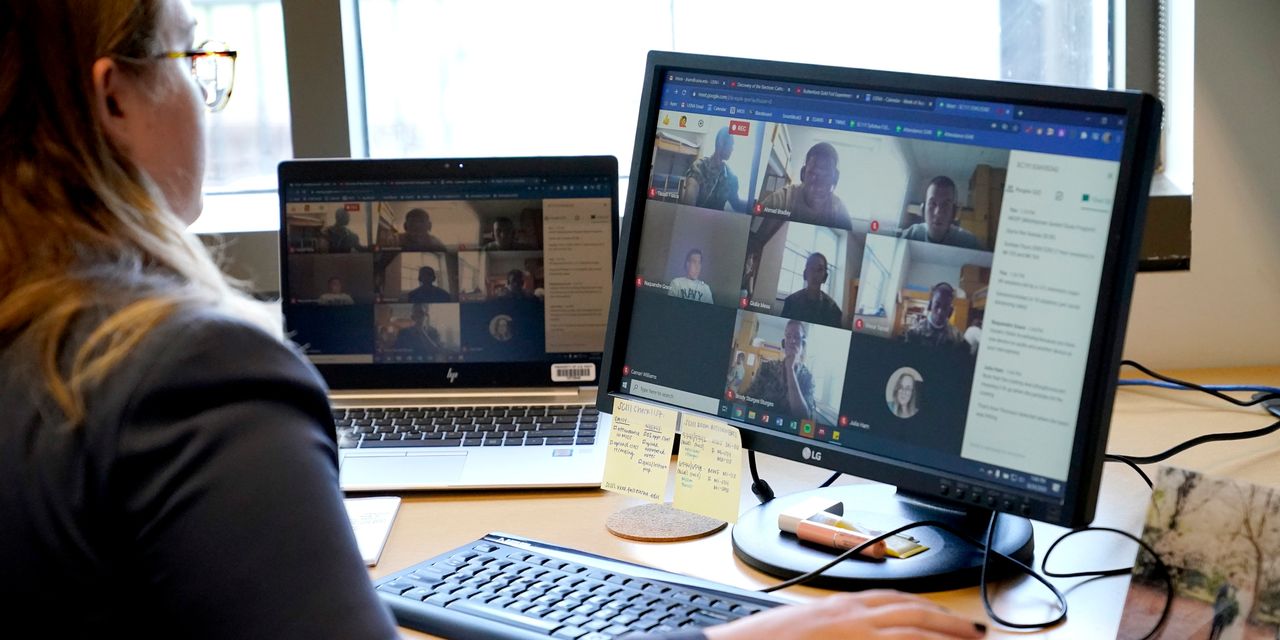