When India celebrates its 74th independence day this Saturday, it will also mark 25 years since the internet was first made available for public use in the country. The internet was first used in India in 1986, but was available to a limited educational and research community. It was thrown open to public use for the first time on India’s 49th independence day in 1995. No doubt the internet is now at the core of the communication network – there are more than 700 million internet subscribers in India – but there is still a significant population not connected to the internet.

The number of internet users in India has grown significantly in recent years, according to data compiled by the World Bank. It was almost seven years after the internet was first thrown open to the public that more than 1% of India’s population used the internet. It took another nine years for this figure to cross 10%. But then, in just six years, the share of the population using the internet grew by 24 percentage points – from 10% in 2011 to 34% in 2017. Globally, 50% people used the internet in 2017. The figure is much higher in developed countries — 87% in the United States, 82% in France, 91% in Canada and 87% in Australia. In China, it is relatively low at 54%. 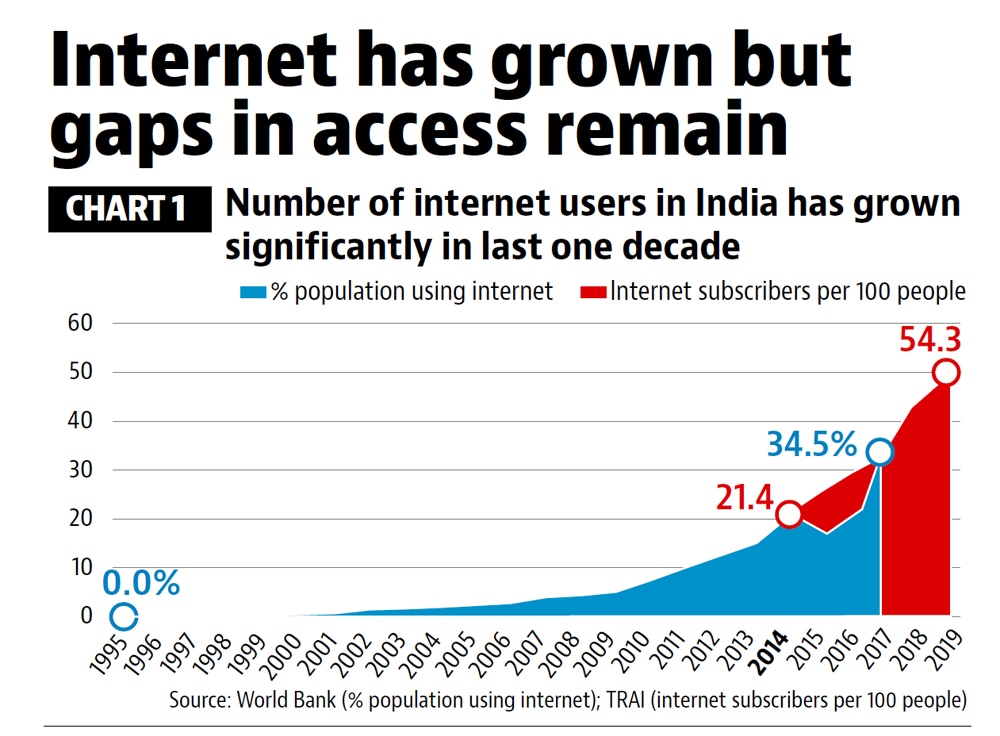 Even as the number of internet users has been growing rapidly, there is still a large population with no access to the internet – particularly in rural areas, poorer states and in poorer households.

These headline figures hide the significant rural-urban gap in internet penetration. Nationally, there are 106 internet subscribers per 100 people in urban areas compared to just 30 in rural areas. This gap is seen across telecom circles. In urban areas, there are more than 100 internet subscribers per 100 people in 12 telecom circles. This figure is more than 80 in six others. But in rural areas, this figure is less than 60 in all circles except the rural parts of Delhi. To be sure, this figure is not available for three telecoms circles – Mumbai, Uttar Pradesh (West) and West Bengal (including Sikkim). 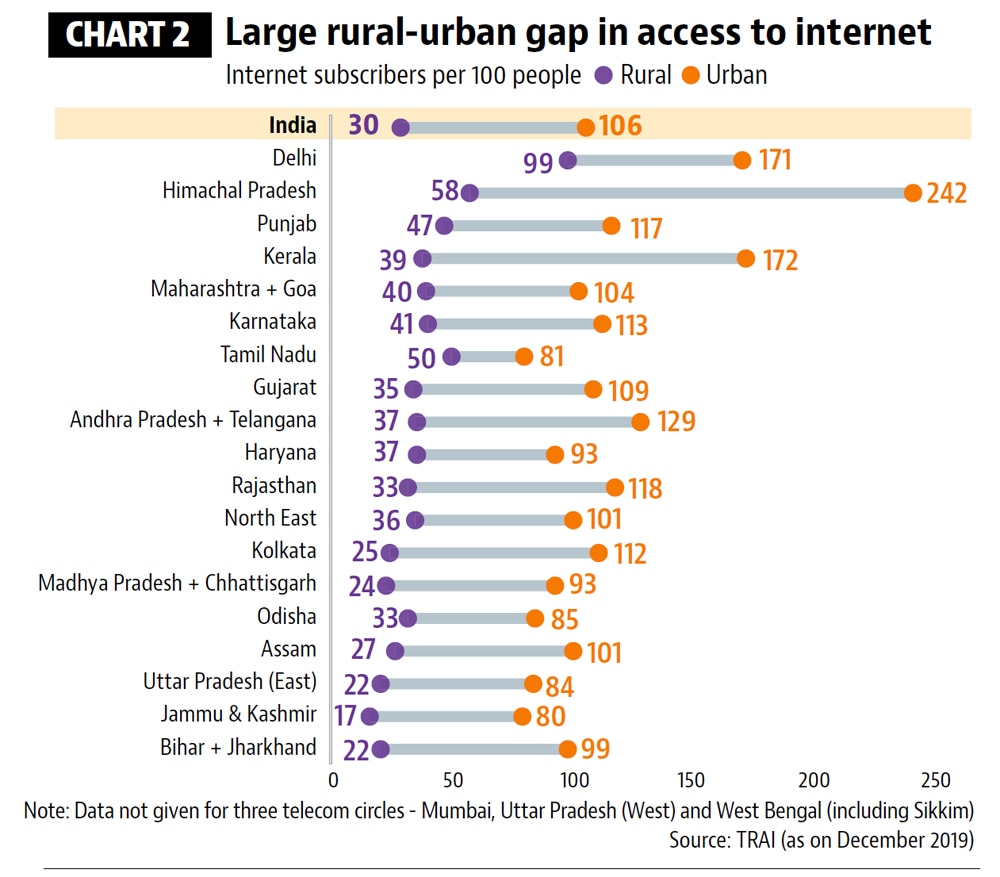 Internet usage also varies significantly with class and gender. According to the 2017-18 National Statistical Office survey on consumption of education services in India, nearly 24% households in the country had access to the internet. This figure increased with increasing monthly per capita expenditure of households. In rural areas, it was nearly 7% in the poorest 20% households compared to 27% in the richest 20% households. In urban areas, it was 20% in the poorest households and 62% in the richest. (See chart 3)

Another survey finding shows that 40% people in the age group of 15 to 29 years were able to use the internet, but this figure was 48% among men and 32% among women, a gap of 16 percentage points.