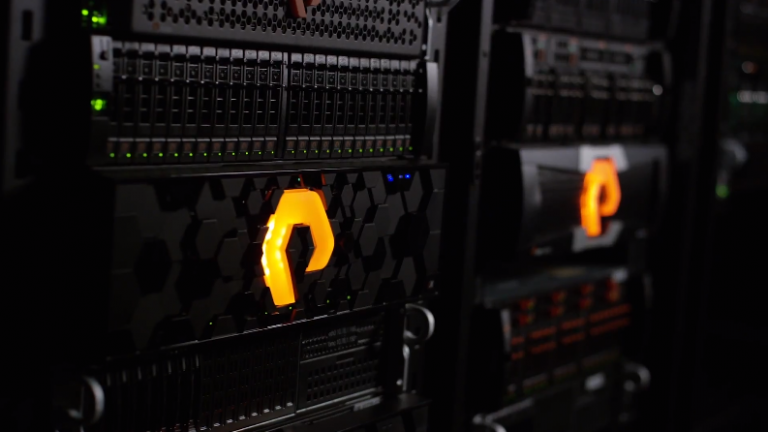 Pure Storage Inc. today announced an upgraded version of its FlashArray//C storage system based on QLC flash, a type of solid-memory that isn’t yet broadly deployed in data centers.

The system is aimed at replacing traditional hybrid arrays, a widely used class of storage systems that combine flash with disk storage. Pure’s pitch is that its hardware can help companies more efficiently run Tier 2 workloads such as backup applications that are often deployed on hybrid arrays.

Tier 2 workloads are services that are important to an enterprise’s operations but don’t need to run on the fastest hardware it has in its data centers. The FlashArray//C is specifically designed for such applications. Pure had originally architected the FlashArray//C to use QLC, but the feature wasn’t available when the system launched last year. The company promised QLC support would be added in 2020.

The QLC in QLC flash is short for quad-level cell. All flash chips are made up of silicon cells that store data in the form of electrical charges, corresponding to ones and zeros, and the volume of data that can be stored in a cell depends on how many so-called charge states it’s capable of holding. QLC flash, with its ability to hold 16 charge states per cell, is the highest-capacity solid-state memory variety in mass production.

QLC chips have certain drawbacks that make them slower than the mainstream flash varieties used in data centers. However, their high capacity makes them suitable for a range of storage-intensive Tier 2 workloads. These include backup, business intelligence and many general-purpose computing tasks, which are the use cases Pure can be expected to target with its newly upgraded FlashArray//C system.

The company says the FlashArray//C is the first storage system in the industry that can be equipped exclusively with QLC flash. Customers have a choice of two QLC modules: a 24.7-terabyte module and a denser 49-terabyte variant that Pure touts as the largest on the market. The FlashArray//C array has room for multiple modules.

According to Pure, the system can lower the cost of running Tier 2 workloads to the point of making the traditional hybrid flash-and-disk arrays used for such applications “obsolete.” Companies use hybrid arrays because disk is more affordable than flash and combining them produces a system that is overall more cost-effective than using only flash.

At the right price point, however, an all-flash system has an edge in the form of better performance. According to Pure, the FlashArray//C also eases data center maintenance by removing the need for customers to use hybrid arrays from an external supplier. Instead, they can now use Pure hardware for both their mission-critical and Tier 2 workloads, which the company says removes the complexity of maintaining two completely separate sets of storage infrastructure.

“The updated FlashArray//C will give Pure a solid product to push into segments that are currently being serviced by hybrid-flash and performance hard-drive arrays,” said Moor Insights & Strategy analyst Steve McDowell. “Pure is one of the first out of the gate with an enterprise QLC array with the FlashArray//C, and everything I’m hearing tells me that it’s going to be a winner.”

With reporting from Mike Wheatley

Show your support for our mission with our one-click subscription to our YouTube channel (below). The more subscribers we have, the more YouTube will suggest relevant enterprise and emerging technology content to you. Thanks!

… We’d also like to tell you about our mission and how you can help us fulfill it. SiliconANGLE Media Inc.’s business model is based on the intrinsic value of the content, not advertising. Unlike many online publications, we don’t have a paywall or run banner advertising, because we want to keep our journalism open, without influence or the need to chase traffic.The journalism, reporting and commentary on SiliconANGLE — along with live, unscripted video from our Silicon Valley studio and globe-trotting video teams at theCUBE — take a lot of hard work, time and money. Keeping the quality high requires the support of sponsors who are aligned with our vision of ad-free journalism content.

If you like the reporting, video interviews and other ad-free content here, please take a moment to check out a sample of the video content supported by our sponsors, tweet your support, and keep coming back to SiliconANGLE. Augmented and Virtual Reality (AR VR) Market in Aviation worth $1,372 million by 2025