By Abed Kataya 31 August 2020 This article was republished from SMEX. On Sunday afternoon, Lebanese internet users reported an internet disruption that made it almost impossible to access platforms like Twitter. Users were under the impression the disruption was due to a telecommunication outage because of the recent fuel […] 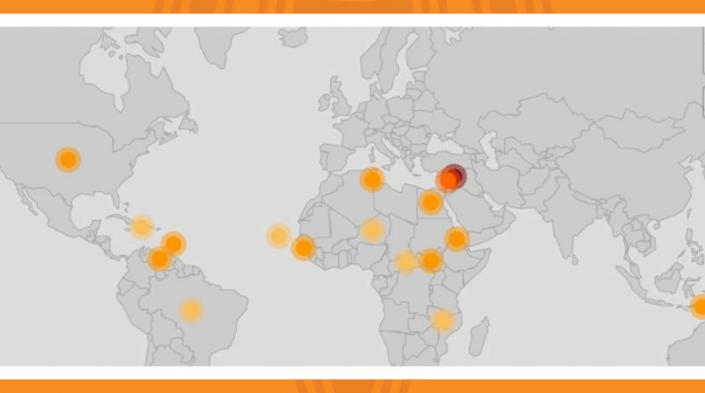 This article was republished from SMEX.

On Sunday afternoon, Lebanese internet users reported an internet disruption that made it almost impossible to access platforms like Twitter. Users were under the impression the disruption was due to a telecommunication outage because of the recent fuel and electricity crisis, or some new repressive action by the government. But the SMEX team found that there had been a partial global internet outage due to an infrastructural technical issue with Level 3, a subsidiary from CenturyLink, an American international telecommunications services provider. This outage affected many websites and services globally, including Lebanon. However, not all the Internet Service Providers (ISPs) nor all the internet services in Lebanon were affected the same.

After noticing slower internet services, the SMEX team ran some Internet measurement tests for Lebanon’s network and confirmed the disruption that started at 10am GMT/1pm Beirut Time. Our team used specific internet measurement tools like the Internet Outage Detection and Analysis (IODA) and the Open Observatory of Network Interference (OONI). The national DSL provider, Ogero, and the Ministry of Telecommunications failed to publish a statement before 3pm. Mohamad Najem, SMEX’s executive director, asked Ogero on Twitter why “the access to social media platforms is limited to VPNs.” Ogero replied: “the issue is not tied to social media nor VPN in specific. The team is looking into the issue.” One hour later, the state-owned national operator tweeted on their account confirming the disruption. They explained that it happened on an international level (Level 3 by CenturyLink) and that they are working on a solution.

SMEX’s tech team used an  outage-monitoring service known as DownDetector, that receives reports from users when a service disruption is “felt” in any country. There, we found out that many services, platforms, and sites were disrupted, including, EA Sports, FortNite, PlayStation Network, Amazon, VISA, Garmin, and eBay. Later on, CISCO’s ThousandEyes reported that the outage affected thousands of services globally.

Ali Sibai, SMEX Digital Safety Helpdesk manager and SMEX tech team member, explained in a thread that the “CenturyLink outage have also affected the services of Cloudflare,” an American web-infrastructure and website-security and Domain Name System (DNS) resolver company. Sibai explained that Lebanon was heavily affected by the CenturyLink outage because “OgeroTelecom is the only internet gateway for Lebanon and has 2 upstream providers: Level 3 (CenturyLink) and Orange S.A.” “So when Level 3 went down, they had to switch to Orange S.A.,” he added. Oracle’s Internet Intelligence confirmed that many countries around the world were affected by the CenturyLink outage depending on their dependency on this service, including different MENA countries like Lebanon, Egypt and Tunisia.

We ask the Ministry of Telecommunication and all state-owned telecom operators to be more transparent and proactive in informing the public about such technical errors as soon as they have any information.